The Destruction of Black Civilization For the New Millennia

You come home from a long day at work. You hop in the shower, put on your house clothes, pop in a fast, frozen EZ-Cook meal, reach for a beer and….

The tell-lies-visionally has been, to date, the most destructive invention ever made for the black family. Teacher, mother, father, secret lover, the TV tells us how to act, think and feel. It tells us what’s important, what we should be “protesting” and why, it tells us what “hot” topics to debate, who we should aspire to have sex with, what clothes by what fashion designer we should spend money on and basically how we, as black people, should live. To reject the programming, we will be labeled as:

Friends will shy away from us as they realize they have nothing in common with us as we don’t know who’s sexing who on a popular soap opera. Job prospects will dry up as our potential employers realize that we will never fit in with their dumbed down, complacent slave workplace. Lovers will stop calling as they realize sex without love is no longer a main objective in your life. And finally, family will be ever-so-polite while they secretly talk about how “you’ve changed” behind your back.

Jerry Springer and Maury Povich were not the first.

It was the Joo, Richard Bey, who hired paid black actors to cuss and fight on live TV. Blacks were exposed to a world we never knew existed where black men sexed their wife’s mother while she went out grocery shopping, black sisters fought over midgets with 10 inch penises and black women degraded themselves for the affection of a 700 pound man with one tooth who just got out of prison.

We laughed, clapped and cheered at our own degradation and talked about it at work the next day. While we relished in our own foolishness, Yurugu slowly nodded their heads at confirmation that black people really are savages. Then when white police officers and regular civilians, who watched the same programming, began to kill us gleefully and GOT AWAY WITH IT by an all white jury, we cried “No fair!” and demanded justice and respect.

The TV was invented as the ultimate tool of Mind Control for the New Millennia and we fell for it hook, line and sinker.

What have we learned from TV in the last 20 years?

One: That black men are NEVER to be taken seriously:

Unless they are with her:

Two: That black women are the most undeserving of love and respect because we are ugly:

Are simply being funny and we need to “lighten up” and stop taking things so seriously.

Because Necrophilia-Beastiality is very sexy.

Five: That young, teenage black boys should just give up a real education/ skill-trade and aspire to be like him: 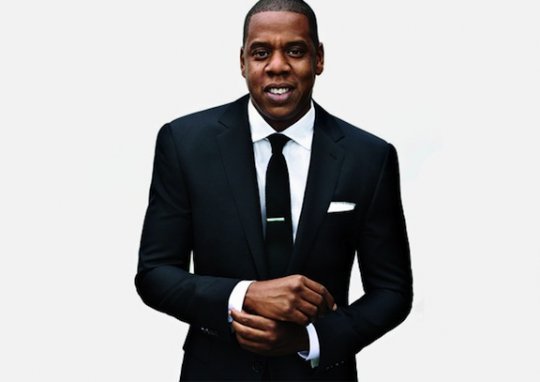 Because that’s where the real money is. And it’s fast!

Six: That being “black” is simply not good enough, so label yourself something cool and “with the times” like “Blaxican”

What we, as black people have yet to learn is:

NOT ONE PERSON WILL RESPECT US IF WE DO NOT RESPECT OURSELVES.

Not only do we NOT respect ourselves, we no longer respect:

1. Our elders who have given up so much for us including their very lives.

2. Our children for we expose them to this filth then act shocked when they tell us to “eff off” when we inquire if their homework is finished.

In the words of Booker T. Coleman:

“I know who put me here. But the question is, ‘what am I doing to get myself out?’ “

Simply wishing for it hasn’t worked

Simply praying for it hasn’t worked

Marching and protesting to get Yurugu’s attention hasn’t worked because we ALLOW them to infiltrate EVERY organization we’ve ever had.

The most powerful and effective way for us to survive what’s coming for us, is to simply DROP OUT of participating in their filth. They cannot force us to buy their clothes, listen to their music and watch their filthy films. We do it WILLINGLY because of our secret desire to be like the thing that hates us.

By simply not giving them your energy/ participation, you take back your power from them and empower yourself! That’s why I don’t care who won The Oscars. Let them have their Satanic Award Show…they DESERVE it.

That’s why whenever a PAID black actor/ news person/ singer/ dancer says something “pro-black”, I do not care for they are APART OF THE BEAST SYSTEM WHO WERE TOLD TO SAY THOSE THINGS.

And that’s why I no longer listen to ANYTHING our PAID and WELL-KNOWN black “leaders” have to say for they are slaves for their Jooish Masters.

The time has come for us to decide if we wish to live or die. Continue being a slave or wanting to be free.

How will you choose?

Posted in Uncategorized and tagged black agents, black freedom, spiritual death for black people, what will happen to blacks in the future