Archive for the tag “The united independant compensatory code”

My Conversation With Neely Fuller

Anyone who is classified as black in this world knows that I do not exaggerate when I say being black in a white supremacist world is the hardest job you’ll ever have. So today, when I woke up angry and confused, wanting to hurt someone for this prison I was born into, confused as to why things were spinning out of my control, my Spirit told me to pick up the phone and call Neely Fuller.

For those of you that do not know him, this is he: 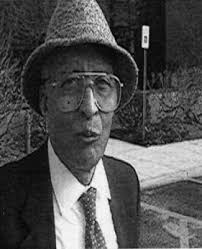 And for those of you that do not know of his book: 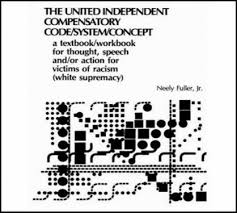 Please RUN to the bookstore and buy it, study it, talk it over and digest it. Then read it again.

I decided to call this scholar due to the fact that my insanity was coming too close to the surface and I got nervous. I prepared myself to be calm and as intellectual as possible. I told myself that no matter what, I will not give in to my emotions and start crying on the phone to this man I admired so much. At the sound of his deep Southern drawl and the way he asked me what was the matter, I was rendered a slobbering fool, crying out about my utter helplessness regarding:

3. My decision to no longer have white friends

7. My decision to leave medicine

8. My thoughts of leaving AmeriKlan forever

10. My powerlessness to fight this system

He listened to it ALL.

I ranted like a derelict, making unintelligible sentences, unable to hold back. I complained and complained…and wondered why blacks were so passive. Why can’t we just band together and conquer this poisonous system once and for all.

Then, in his careful Southern drawl, he spoke:

“Miss Truthbetold…may I ask the young lady a question? Whites have no regard for each other. In fact, the only time they come together is to practice white supremacy. So why would you think they would extend some regard for you?”

I suddenly got so quiet, I heard the ticking of the clock in my kitchen.

He waited for my response but I was rendered a mute.

Then he took over.

And when he figures it out, he finds a way to use that grain of sand for his own supremacist advantage. This is true for everything he touches, sees, hears, smells and tastes. Including human beings. Now, some might say, “Hey Joe, what are you doing with that grain of sand”? But Joe, the white supremacist, will respond, “It’s here, ain’t it? It must be here for a reason. And I’m not gonna stop til I figure out what that reason is and how it can be used.”

His Grain Of Sand analogy was so simple. So direct and so basic, I had trouble processing it. “Why? Why would anyone do that? Why study a grain of sand? Why waste the time?”, I wanted to know.

“Because the system of white supremacy depends on him being ahead of everyone, including those that look like him.”

I felt a funny sensation akin to horror wash over me. I wanted to understand this need to “be ahead” but could not. I wanted to wrap my mind around this but it made no sense at all. Why not pool all of your resources together? That’s what our ancestors did.  I desperately wanted to understand why. Why? That was my question. Why? That makes no sense! You’ll have a greater chance of survival if you all share. He chuckled then spoke.

“You cannot explain insanity to the sane. You cannot make an insane person sane again. One of two things will happen. Either you must go insane to understand their reasoning or you’ll walk away with no resolution. Racism is insanity.”

I then remembered one of my favourite books The Psychopathic Racial Personality by Bobby E. Wright. I told him about it and he agreed with Dr. Wright’s theory. He advised me watch “white movies”, study the characters, listen to their dialogue, the way they play with words…words are very important to the supremacist. Especially the way they twist rhetoric and use “codified” language to speak to each other right in front of us. Example: I’m going to a picnic. Pic-Nic…Pick-a-nigger for lynching. We use their own words designed to mock us and they laugh at our ignorance. I was once again rendered speechless.

Were all of our words “codified?” Was anything real? Even the sports we love to play like pool and football have dual meanings.

“Whites make up language that only they can understand with each other…they do it all the time in public, at work, in presidential speeches, etc…you just have to know what to look for” he said.

My mind was reeling. He wanted me to watch Casablanca. He told me whites are mindful of their time…always doing something with their time…like playing chess, reading, crossword puzzles, etc.

“”Because time is never wasted with the white supremacist. Their ability to reason and think ahead is their best asset. Blacks live for now…the Supremacist thinks 20 years ahead. I fired a question at him that been on my mind for ages.

“Mr. Fuller, do you think whites want to kill us off?” He thought for a while then spoke.

“No. If they wanted to do that, they could’ve killed us off a long time ago. Whites need us. For capital, for the prison systems and for their massive egos. We are their ego trip. Whenever they look at us, it gives them an ego boost because they know where we come from. And they’ll never let us forget it.”

I was overloaded. He told me to think this over…re-read the book. Write down any and all questions I had and call him again…I thank him for his time and before we hung up he spoke again in his drawl.

“Once you begin to realize that you’ve been imprisoned and now you’re trying to free yourself, you’ll never look at the world in the same way again.”

Boy, was he right. I felt tormented afterwards. I wanted to think about this, but couldn’t. I wanted to write down my feelings but couldn’t. I felt confused. Angry. Relieved. I needed some air. But…I was happy that someone understood. I was totally exhausted. We’d been on the phone for nearly 3 hours. I went right to sleep.

Family, there is so much about us, as black folks, that we don’t know or understand. So much as been kept hidden from us on purpose. My conversation with Neely Fuller needs to be shared with the black family. We need to talk this over and come to a greater mental consciousness.

This consciousness is what The Fear is all about. Can you imagine what would happen if we step outside of our mental plantations and came together? Schools would close for they could not even begin to teach us. The white economy would be destroyed without us spending money every 15 minutes.  Whites would go mad. The world, without us playing into the game, would never be the same.

This very question is what keeps the white racist up All.  Night.  Long.