Archive for the tag “Mark of the Beast”

Blacks People, Beware of Your Pills 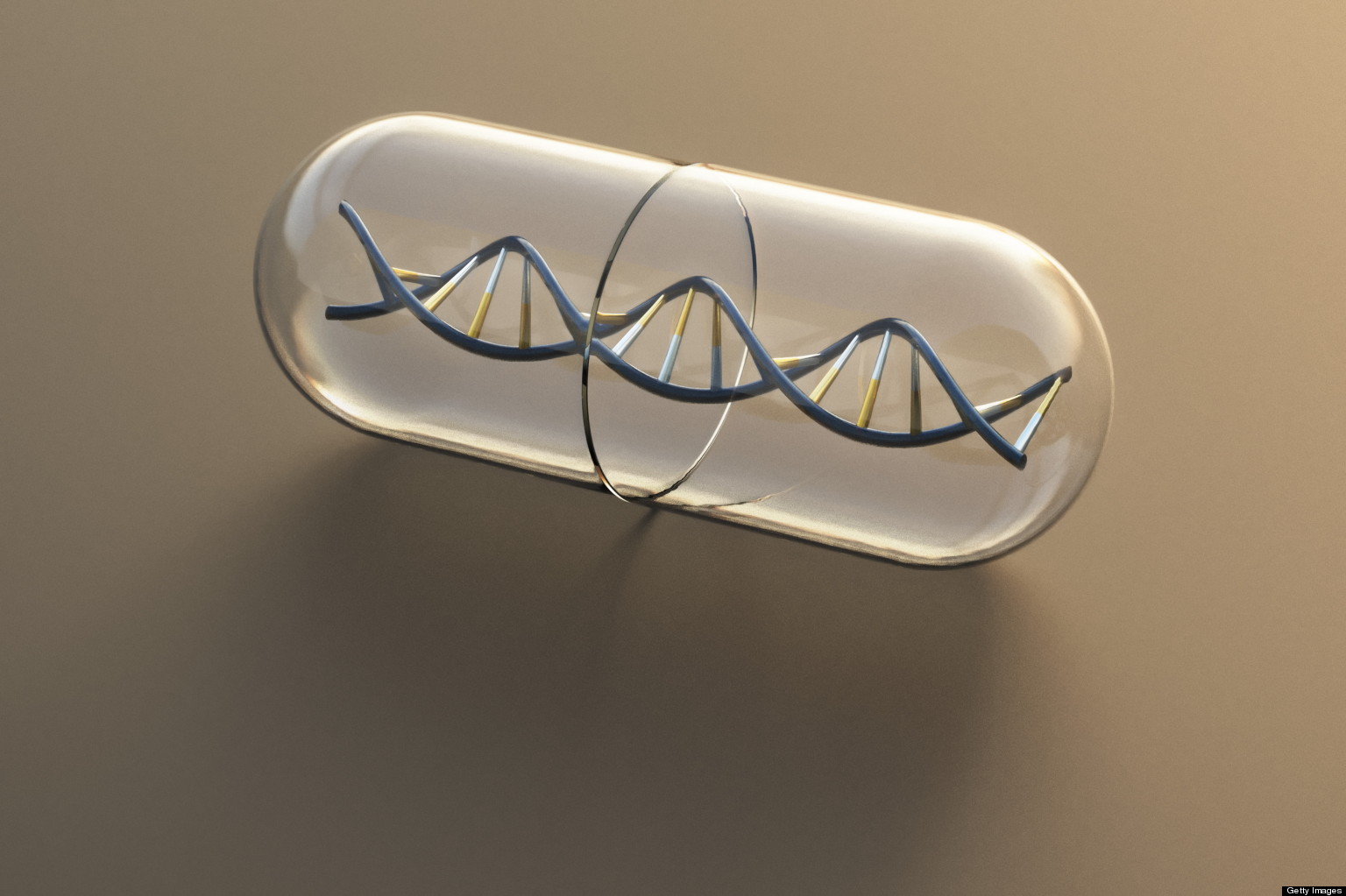 The new era of enslavement is here. Beware of your prescriptions.

“The Food and Drug Administration (FDA) on Monday approved the first ever drug-digital tracking tool hybrid for the U.S. market. The digital pill, Otsuka Pharmaceutical Co Ltd’s Abilify MyCite, uses sensor technology developed by Proteus Digital Health in combination with a version of Otsuka’s best-selling mental illness medication Abilify, which is used to treat schizophrenia, bipolar disorder, and depression. The landmark regulatory clearance underscores the high-tech evolution in how drugs are delivered into the body—which in turn presents an opportunity to claw back some of the estimated $300 billion in wasted medical spending caused by patients not taking their drugs.

Here’s how the system works: The ingestible sensor inside of the pill is activated by stomach fluids. Once a patient takes his or her medicine, that information is relayed to a patch (also developed by Proteus) worn on the patient’s torso, which then shoots the data over to a smartphone app. Furthermore, doctors and health care providers can get permission from their patients to access the drug tracking data through an online portal.

The FDA Just Approved a Pill That You Can Track
It’s called Abilify MyCite.

The FDA is careful to note that there hasn’t been an established association between using the digital pill platform and increased patient adherence to their drug regimens. But the device may be particularly beneficial for certain patients with mental illness since taking medications as prescribed is particularly crucial for these people.

Indeed, making it easier for people to take their drugs—and keep track of their habits—is one of the pillars of the digital health revolution. “Drug pricing is not the problem,” as Andrew Thompson, co-founder and CEO of Proteus, 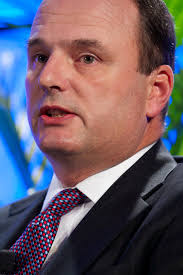 explained during Fortune‘s second annual Brainstorm Health conference in San Diego in May. “The problem is that we’re asking payers to purchase drugs that are prescribed that are not taken or not taken properly.” That reality renders otherwise effective medicines moot.

Digital tracking is just one approach to making sure people stick to their regimens. Companies like Intarcia and Braeburn Pharmaceuticals are pursuing other approaches like creating implantable devices which contain six months’ or one year’s worth of treatments for people with chronic medical needs, such as those fighting opioid addiction.”

Let me ask you a pertinent question:

So you take this “reminder pill.” And one day, your light bill is late. Do they active the pill and cause an aneurysm? Or what if you can’t pay your property taxes? Do they electroshock the crap out of you til you pay? Can they induce diabetes? Or high blood pressure? Can this pill force you to walk into a mall with an AR-47 and kill hundreds of people?

Be aware of your doctor, your nurse, your dentist and all white professionals that prescribe you pills. Re-learn the power of herbs and healthy eating to get well.

These beasts are not playing with us and want us dead.

Please pass this article on and stay vigilant.

Mark of the Beast

Watching this well put together video, the mark of the beast is so cool!

Imagine you’re late for work or pressed for time.

Just walk in, snatch a bag of organic spinach off the shelf and walk out!

I know many of you, you know who you are, will jump at this exciting new app and waste no time showing off to your friends and family how great it is to walk out of a store without paying cash. A cashless society is one of the many ways yurugu will control your food, gas, water, clothing, medicine and virtually every way of life that you can think of.

You figure out a way to Do For Self.

I’d advise you to begin your garden, learn to cook from scratch, learn to sew and make your own clothing, learn the power of herbal healing, figure out a way to keep warm in the winter WITHOUT electricity and get, as much as possible, off the grid.

I’ve written extensively about Dropping Out of the System, Finding Water, Buying Cheap Land, Growing a Garden no matter where you live and so on. And to drive home my point…

Up here, a group of young white folks, all in their early twenties and early thirties, pooled their money together and purchased a tiny home on a decent-sized piece of land. They are in the midst of ripping up carpet, cutting up firewood, painting the rooms and configuring where to build their garden next spring.

All constructive work done to ensure their survival.

What are black people doing?

Posted in Uncategorized and tagged Mark of the Beast

Mark Of the Beast: A Biometric Card To Be Implemented in NY?

{Note: Thanks to my blogger buddies for always giving me great info. Since I’ve unplugged from the system, I seldom know what’s going on. Thanks for always looking out for me!}

The 620,000 residents living in public housing projects should be fingerprinted as a crime-prevention measure, said New York Mayor Michael Bloomberg, but many city residents protest that the proposal is an invasion of privacy.

Bloomberg, 71, who has acquired a reputation for promoting controversial ideas, including imposing a ban on the sale of large soft drinks, says his latest proposal will make public housing safer.

“The people that live (in public housing), most of them, want more police protection,” the three-time mayor said on his weekly WOR radio broadcast Friday. “They want more people. If you have strangers walking in the halls of your apartment building, don’t you want somebody to stop and say: ‘Who are you, why are you here?’”

He added: “What we really should have is fingerprinting to get in, since there’s an allegation that some of the apartments aren’t occupied by the people who originally have the lease.”

“We’ve just got to find some way to keep bringing crime down there.”

His spokesman said Bloomberg wants to introduce biometric security technology that would include the introduction of a citywide electronic keycard system for housing residents, AP reported.

Critics say Bloomberg’s latest proposal is a political step too far, especially as it comes on the heels of the highly divisive stop-and-frisk legislation, which opponents say amounts to racial profiling on the part of the police.

“We live here all these years, I mean, what seems to be the problem? This is not jail,” Deborah Gatling, a resident of Chelsea Houses, told CBS.

US District Judge Shira A. Scheindlin on Monday ruled that the NYPD’s stop-and-frisk searches are a violation of constitutional rights, according to documents filed in a Manhattan court.

The federal court found that stop-and-frisk represented a violation of the Fourth Amendment, which forbids unreasonable searches. The court presented statistics that police conducted at least 200,000 such searches without reasonable suspicion from 2004 through 2012.

Bloomberg, whose estimated fortune is $27 billion, making him the US’s 7th-wealthiest person, defended the stop-and-frisk policy, arguing it had contributed to a falling murder rate in the city. Murders have been halved since he took office nearly 12 years ago, he noted.

New York City officials say they will file an appeal against Scheindlin’s decision.

In a recent poll conducted by The New York Times, people were asked to rate Michael Bloomberg’s 12 years as the city’s 108th mayor: 52 percent described his performance as fair or poor, compared with 46 percent who described it as excellent or good.

Meanwhile, the controversial stop-and-frisk tactic, which city officials say has also reduced gun violence, has split the electorate: 50 percent approve and 47 percent disapprove of it, the poll found. Public approval for the policing tactic that critics slam as racial profiling is lowest among black residents (28 percent), compared with whites (55 percent) and Hispanics (59 percent).

Following the global financial crash of 2008, Bloomberg requested that restrictions on term limits for New York mayors be relaxed to enable him to run again to bring the city out of the crisis. In October 2008, the City Council voted 29–22 in favor of extending the limit to three consecutive four-year terms, thus allowing Bloomberg to run again.

The next New York City mayoral election is scheduled to occur on November 5, 2013.

In case there’s doubt in your minds about Bloomberg and to whom he pledges allegiance, look at his buddy’s belt buckle:

Need a close up?

Ok…here’s my question. NYC today. Tomorrow…San Fran? Ohio? What’s next? Oh…and by the way, the majority of folks that will be targeted in NYC are brown people.

Ephesians 6:12 – For we wrestle not against flesh and blood, but against principalities, against powers, against the rulers of the darkness of this world, against spiritual wickedness in high [places].

This is just the beginning!!!