Archive for the tag “Gator bait” 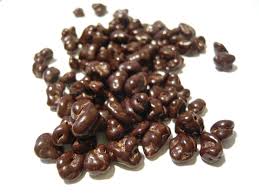 Alligator hunting was very profitable in the 1800-1900’s. The skins were used to make shoes, bags belts and other items. White alligator hunters often lost their arms and sometimes their lives during their night hunts as they tried to attract alligators to the surface of the swampy waters. Instead of risking themselves they decided to use black slave babies as bait.

This horrendous act was later characterized in sheet music, post cards and figurines. Years later, a candy manufacturer created a popular advertisement that featured a hungry looking alligator leering at a bug-eyed black baby. The ad read: “A dainty little morsel”. For decades the popular candy was referred to as “nigger babies”. The name was later shortened to “Nibs” to avoid controversy and is still on the market today.

Since learning the power of White Word Play, I’ve realized that the white mind is far sicker and more twisted than we realize. NIBS aka Nigger Babies, is just one of the many ways the white mind must justify and openly mock its cruelty of the African, which, of course leads to our accepted destruction. The European has been telling us for 5 centuries and counting how he/she feels about us.

When will we listen?

Let me ask you a simple question. If a black chef/candy-maker/cook/baker made a flambe dish called “Peckerwood’s on Fire”, what do you think the response would be?