Archive for the tag “black exodus”

In the Next Few Weeks…

Why The Hotep Movement is Dying

I can remember when being Pro-Black was “a thing.” It was not only a conscious movement, like only buying from black owned companies, but it was an entire thought process. We were banded together because we had shared experiences and wanted to reconnect with ourselves.

But over the decades, something began to occur. It became quite obvious that the Pro-Black movement really meant Pro Black Male. It was his struggles that mattered, that counted and all we spoke of. The issues pertaining to black women were pushed to the back burner and made to feel insignificant. This continued for roughly five decades.

Then something began to happen.

We saw black male after black male not only parade other races of women on their arms. but they proudly and arrogantly threw them in our faces. They were better than us. Prettier. They were worthy of love, affection, compliments and provision.

All of a sudden, the black woman, who had given the black male her all, was persona non grata. There is something quite miraculous about arrogance. Arrogance never sees the fall coming.

Instead of groveling and begging like she was expected to do, the black woman of a certain caliber, she knows who she is, simply packed up her shit and left. She found love either outside of her race or with self. Now the black community is left with Left Overs.

I’ve stated this a multitude of times,

You cannot have a functioning Tribe without a functioning, well cared for, fertile and capable Womb. It simply cannot happen. Bad seeds give birth to sour fruit.

The Hotep Movement, which is 100% male based, is dying out.

But why? And why now?

Because the black woman is done. She’s had enough. She’s gone down that empty road and learned that it leads to empty promises, out of wedlock children, generational poverty, back breaking hard work, illnesses and disease and heartbreak.

And once the Womb leaves, the Tribe is finished.

Oh yes…but what about those that stay and “tough it out”?

They will get caught up in the new paradigm of a changing world that doesn’t include them.

My partner “C” has sent out emails to everyone that wants to join the new platform. It is NOT free. The cost is ten dollars per month to join. The cost will help to promote the documentary and fees that are attached to movie making. And a portion of the proceeds will go to a reputable charity for women and girls.

We will be uploading new content this week. Hope to see you there. 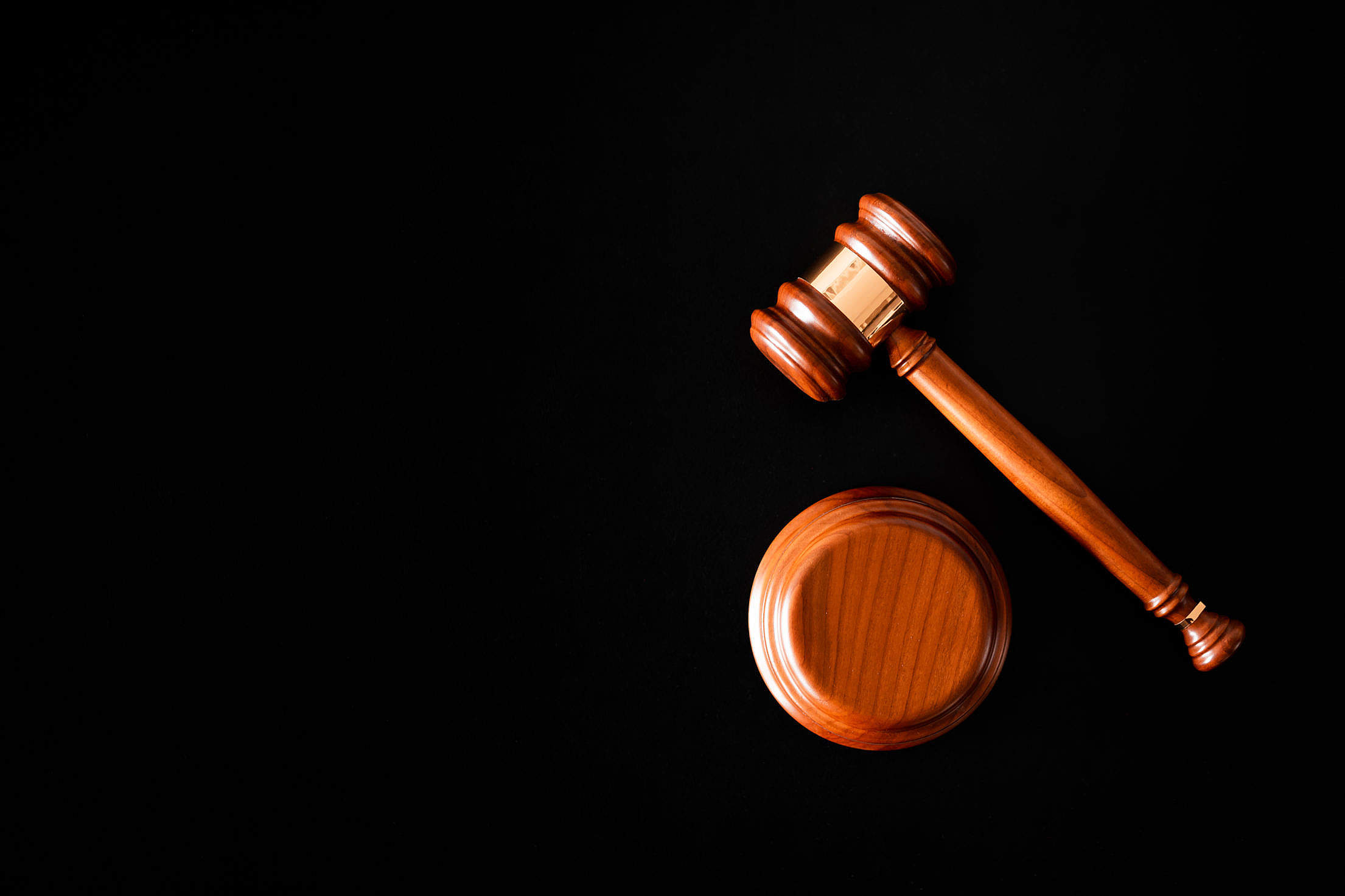 Ever since your last 3 posts, I’ve been seeing a startling change in the black male community. Maybe it’s because you mentioned it so now I’m paying more attention, I don’t know. But black males are now in my face, with their white women by their side, saying hello, trying to hold conversation, trying to talk to me in the supermarket, holding doors open for me, and complimenting me on my attire.

On Youtube, I keep seeing random videos of black males DEFENDING black womanhood, black beauty standards FROM disrespectful black men who call us names and such. All of a sudden, black men are loving us, complimenting us and talking about how black love is needed.

I have a question for you.

——- A private letter from a long time reader

I never knew how much  “Exodus” would impact the Black Community.

I was sent videos from loyal, black women readers who told me, ” You’re on Youtube being dissected.” Black women analyzed why I was doing this, if I was finally waking up and if I was involved with a white man but was “hiding it.”

As if I, a grown woman who has lived, loved, lost and built a life for myself, needed to hide anything from complete strangers…but I digress.

Black males flatly denying that my letters were real. “She’s making shit up, y’all. Black bitches ain’t goin’ nowhere…” I read their thoughts on my betrayal, my alleged bedwenchry, my anti-black male-ism, my lesbianism and my insanity.

All that is fine.  I take zero offence to any of it. I stated that my posts would be misinterpreted. And they were.

And now, this post will be heavily scrutinized and dissected as well.

As the Woman, as the Womb Carrier, the Black Woman bears a heavy responsibility to carry the race on her shoulders. That means that YOU are the Controllers, YOU are the Navigators and YOU are the real Law Makers.

I’ve watched silently as staunch black male support from black women began to quietly fade. The screaming at police brutality gently faded, the screeching at systemic white racism went dark and silence beckoned. To my ultimate surprise, a very popular Youtube Personality wrote to me privately to tell me how much she regrets building an entire platform on Black Love when, after much confirmation and heartbreak, she now realizes that Black Love is a farce.

“Did he ever care about us?”, she questioned.

My simple and non-judgemental response:  He’s just like any other man in a Male Dominated Society. His primary concern is his own Self Preservation.

In the future, when the white female has replaced the black one as the New Face of Single Mothers with Black Children, when her pristine status has been soiled, when her bastard, biracial, degenerate, unkempt children are running amok in society, when people finally begin to cluck their thick tongues and realize that the Common Denominator in the Destruction of the black woman, the white woman, the Asian woman, the Hispanic woman,  is the black male, white society will act accordingly.

The black man, and the black woman who INSISTS on staying with him, will have their reproductive rights taken away.

What good is a society filled with beggars, thieves, rapists and uneducated degenerates?

How will they contribute anything of value in a New World?

Who will pay to feed them? To house them? To give them medicine? All of this will be coming out of YOUR pockets. Those of us who made careful choices will have to pay for those who are careless. I can see you shaking your heads and saying:

This will never happen.

Let me politely remind you that China is the World Leader at population manipulation.

Let me politely remind you that AIDS intentionally and effectively killed millions of blacks in Africa.

Let me politely remind you that SARS murdered millions of Asians throughout Asia.

America can and will control the black body if and when necessary.

The time for the black woman to act is now. Disregard the shaming tactics of broke men who have absolutely nothing to offer you. Who call you a “Queen” but want you to pay for the light bill. Who compliment you on your “pretty melanin” but need to borrow twenty dollars for gas. Who tell you that the system is evil but looks the other way when women who look like you are being kidnapped and raped and sold into sex trafficking at the gas station ten miles from your house.

They write long, drawn out articles on how Hypergamy is a manipulative tool women created to “trap” men for resources while conveniently forgetting that the very system of Patriarchy INSISTS that hypergamy is necessary.

I read their articles on how women are gold diggers, etc. How we are users, etc. How we have an unfair value system, etc. Funny how the men who write these articles have naught to offer ANY woman.

The new Laws of the The Black Woman who wishes to survive this frightening Age of Donald Trump, Anti-Abortion Laws, the cessation of Food Stamps, WIC and Section Eight Vouchers should include the following:

The man who understands what a man’s role is will not argue with this.

The black women who are already on their way will simply nod and smile at these Laws.

The rest will spit fire at me, call me dirty names, show this to their black male partners and have a long discussion on why I am wrong, crazy, elitist, a secret agent, kidnapped by aliens and replaced by a clone.

And before I close out Leviticus, I’m going to make a frightful prediction so you, Black Woman, the most educated person in America, better pay attention:

When the black male realizes that the best and brightest of his race are leaving…like for real, and we’re secretly trying to recruit others to leave him. When he sees that his attempts of being nice to us and jabbering about Black Love are falling on deaf ears. When he openly discredits the white female in front of us all he gets is a blank stare. When he sees us on dates with men of other races looking pretty, carefree, laughing, flirting, getting married, honeymooning in France and living a full life WITHOUT him, he’ll come after us in ways that will make you forget all about white supremacy.

I would advise all black women to begin taking gun safety courses.