More Random Hatred From My Fans

Here you go folks.. Apparently, I hit a nerve with the Black with Envy Post.

What a sickness you have. You are ugly, your hair is like an animal your lips look like someone just punched you in the mouth, you are ugly, it has absolutely nothing to do with white people other than they are the ones you envy so much that you hate them for being what you are not. You are sick in the head sista.  It isn’t brainwashing or any other stupid shit you say, look in the mirror, you are ugly and no one but you has to live with it.  You are the missing link that has not evolved, no one likes dating monkeys who typically act more savage than while beasts do.  You need fake hair, fake nails, fake everything to resemble humans (all other races including hispanics, asians and so on) your bodies are gross, most black chicks have disgusting fat cellulite asses with dried up wrinkled prunes for breasts just like your monkey siblings. And smell, man oh man, all those products and your dirt mixed together is enough to make a nice clean man puke at the smell of you and sight of you.  Imagine, you blaming “racism” for everyone thinking you are ugly…ha get some help king kong.

Well folks…there you have it. All from the horse’s mouth. More to come I’m sure. I like the way the word “sista” was thrown in.

PS….this is what whites use in the search engine that shows up on my site: 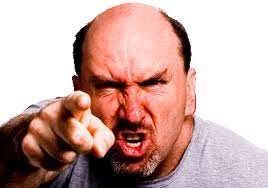