The Glue That Binds

A letter from my reader:

“Dear Truth, Have you read that Trump is deporting immigrants? There going around searching for illegal immigrants to deport and send back to there country and I’m worried as my family and I are from Haiti…”

I’m sure by now many of you have heard stories about Trump and his decision to rescind laws that Obama passed regarding illegal immigrants, a.k.a. Anchor Babies.

Let me repeat something that I’ve been saying since I began this blog.

White people cannot exist on this planet without black people.

It was us that rescued them from the caves of the Caspian and Black Sea.

It was us that taught them how to use utensils and bathe properly.

It was us that helped them to survive when they landed on the now infamous Plymouth Rock.

It was us that slaved on the cotton/ sugar cane fields to make them rich.

It was us that cleaned their homes and nursed their children.

It was us that inspired their foods, music, style and dance:

It is us that populates their Prison Industrial System (slavery part 2).

It is our genes that they need to grow stronger via interbreeding.

It is our energy that they feed off of to live hence their obsession with us.

Black People are the glue that holds America together and they know it. That is the real reason why when Garvey wanted to send us back to Africa, they freaked and said no.

Whites are not going to stand out in the hot California sun and pick blueberries for 15 hours. If they couldn’t pick cotton, why should fruit be any different?

They are not going to send their own people to prison despite the high drug and pedophilia crime rates to become slaves when they need them to TRY and procreate to heighten their dying population. Why do you think the Heroin Epidemic is being treated like a  terrible “crisis” and whites are being coddled and made to look like helpless victims?

America would crumble without black people to feed off of economically ( we are their best consumers), physically ( see any sports team) and Spiritually ( do you really need to ask?). Yes, Trump is rounding up SOME immigrants but trust that they will not round up all.

It is my suspicious nature that tells me that the illegals that they are capturing are being used for rituals, organ harvesting and for food: 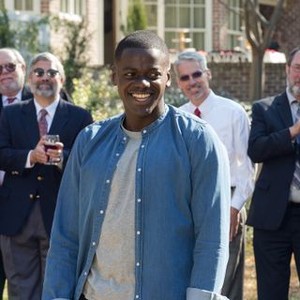 {“Being popular with white folks is great!”}

Worrying about being deported is the least of black people’s problems right now in my humble opinion.

We should be thinking about ways to survive the up and coming war that will be at our doorsteps any day now.

I hope I’ve answered your question and helped you in some way.

2 thoughts on “The Glue That Binds”