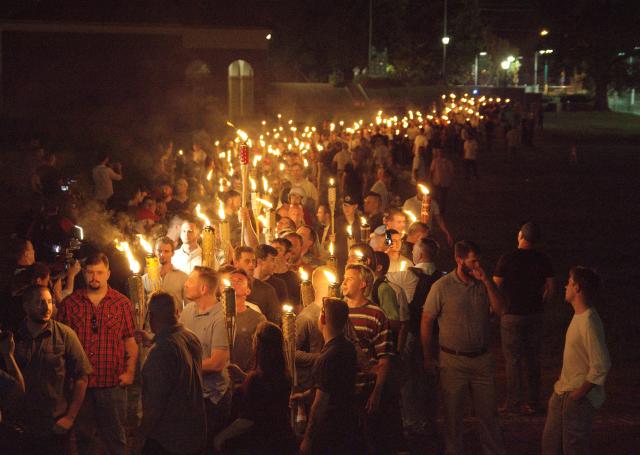 I received several emails about Charlottesville from people asking me to voice my opinion.

So, what’s my opinion?

This is, after all, America. The same land that was stolen then rebuilt on blood, tears, lies, blood, deceit, blood, fabrications, sweeping things under the rug, evil witchcraft, freemasonry and more blood.

Remember when I said that August is an excellent time to mess with black people? Our Spiritual enemy knows us well because they study us like lab rats…which we all are, including members of their own race.

I openly laughed listening to our latest Reality Star President sorta condemn violence after telling the police not to be too gentle with us during arrest. I giggled watching whites fuck each other up with flag poles, tear gas and a two ton Dodge Challenger. And I chuckled when a random white guy said that he’s fighting for peace while pummeling his fist into another man’s face.

I laughed all the way home after buying some summer squash and sweet relish after a Confederate Flag T-shirted man waved to me to prove he’s not racist.

I smiled after listening to Richard Spencer and David Duke claim that the Statue of General Lee is a symbol of white heritage and has naught to do with racism.

And I bellowed after hearing Southern whites profess that “they shall not be replaced by us” while burning in the hot Virginia sun and scurrying to reapply sunscreen.

Mother/ Father Nature has already made His-Her decision so just sit back, relax, enjoy the show and STAY OUT OF WHITE PEOPLE’S AFFAIRS.

Posted in Uncategorized and tagged charlottsville, david duke, richard spencer, va, whites are terrorists, whites know their time is up