Did I ever tell you that my neighbour is a white man from Poland?

He and I struck up a friendly chat once many years ago about farm life, life in Poland and how different America is from every other country in the world. He spoke of blatant racism against him from white Americans and how he grew up being called a “dumb Pollock” and an “oven dodger” even though he’s not jooish. Teachers ignored him in class and expected him to drop out. He spoke of pain and isolation and humiliation of being “white…but not an American.”

I listened intently not really saying anything but nodding occasionally to show him I understood.

Over the years, he and I spoke more and more freely til he was comfortable enough with me to tell me how much he hated white people. “They’re lazy”, he flared. “These fat ass Americans only want you to do their dirty work. And the majority of them couldn’t put in an honest days work on the farm if their lives depended on it.” “Aren’t you white?”, I questioned as I took in his dirty blonde hair, pale skin and light, bluish-gray eyes. He looked sharply at me. “I’m Polish! I’m not white!”

So we continued over the years…

Him driving past my property when he saw he outside to make small talk and complain to me about these “motherfuckers that can’t do shit except tell other people what to do with their lives. You know what they lack? Accountability. They finger point that ‘we’re coming over here to take their jobs away from them’ but the majority of them won’t do the jobs they want us to do! Lazy…that’s what they are. Lazy fuckers.”

Over the decades, I’ve honed and sharpened my inner voice. I listen intently when it speaks to me and mostly stay quiet awaiting instructions. For the past 9 years, when this “fed-up Pollock” has told me naught but disdain for this “fucking slave country that works you to the bone then discards you like trash.” He’s told me little else except how “one day ‘Cletus’ (his name for white backwoods hicks) would get theirs.” He’s complained to me of how “he wanted to shoot one of them that came into his yard and tried to tell him what to do with his property that he bought with his hard work, sweat and tears.”

So you, Black Family, can imagine my (mild) surprise when I saw this on his front yard: 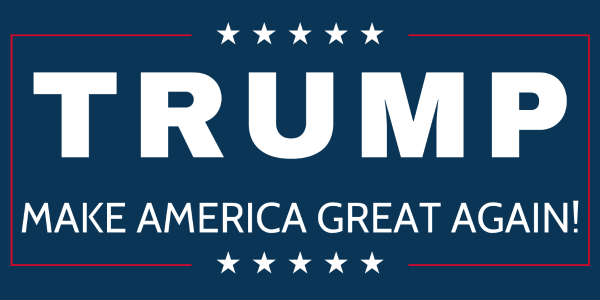 An excessively large banner draped across his deck for the whole world to see.

I stopped to stare for about 10 seconds then drove off.

Over the course of my awakening and innerstanding of white supremacy, I’ve learned more about psychosis, phobias, irrational fear and self hatred than any college course I’ve ever taken. I’ve learned that no matter what whites proclaim PUBLICLY, they will always choose to do the wrong thing, the backwards thing, the anti-Nature thing, the hateful thing, the self annihilating thing just to preserve their stranglehold grip on this planet.

I’ve learned that it takes very little convincing from their cousins to sway them away from the Divine Truth into the Anti-Light forces of Death. I’ve learned that even though they are presented with cold hard FACTS, they will always choose to believe their truth, their perception and their way of life even though it conflicts with Nature HERSELF and leads them to certain death, degradation, despair and destruction.

Was I sad to learn that this white man from another country who complained to me incessantly about his utter disdain for white Americans now believes the lies and propaganda, the same propaganda that invaded his country in 1939?

I’m not naive or blind enough to believe that whites can learn from the past or change for the better. Only truth and self acceptance can inspire change.

But I was caught…let’s say, a bit off guard.

Posted in Uncategorized and tagged vote for Trump