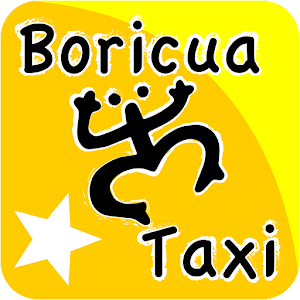 When I traveled to Philadelphia, something caught my eye.

I politely questioned a lady in a Caribbean restaurant about it and she gave me an earful. She told me that the Hispanic Community had become a “community unto themselves around here.” A group of brothers and male cousins organized a taxi company so they wouldn’t have to rely on public transportation. They have walkie talkies and pre-paid cell phones so they can communicate with each other and the females in the family are the ones that call them with “pick-ups and drop-offs.”

As she told me about how they babysit each other’s children and rented out rooms to each other, a pang of anger, a dash of sadness, a ripple of jealousy and sour taste of bitterness ran through me and made me wonder for the millionth time why blacks REFUSE to do the same with each other.

I remember being in NYC as a child and noticing how efficient they were when it came to sticking together. Food was brought to school, home cooked of course, and shared with their friends who didn’t have the money to buy lunch. And it’s not just the Hispanics who do this…the Asians (all of them, including those from India), the Jews and white immigrants from Poland, Russia and Germany all do this.

Carpools, home cooked meals, daily phone calls to make sure that the old widow was “fine and didn’t need anything.”

“Why are we this way?”, I questioned my family. “Why can’t we just snap out of it? What are we waiting for?”

“Because deep down, we still think God will save us from ourselves”, was the simple answer my brother gave me.

As I venture outside today, the weather is clear and slightly warm but I’m cold and uneasy. My restless sleeping patterns have returned and I’m tired again. We, as blacks, can wish and pray and hope and scream for change but as long as we do not want to do the work involved to put that change into MOTION, absolutely nothing will get done. We cannot fight what is about to come our way alone. We need each other to make it work.

To survive the Fall of America, black people must snap out of this Spell. And make no mistake about it, it is coming.

After my crushing disappointment last year with my “friend” who turned out to be another sleeper, do I really want to try to find another person to build with? I’m sad today because I realize, yet again, that blacks are most skilled AT TALKING and not AT DOING. We talk about what we “need…need…need to do…” but never actually get around to doing it. Resentment builds up for those that actually do try. I have witnessed this dozens of times.

I remember being at the hospital and having one of my patients tell me she took out a 100.00 CD for her grandson when he was born. Over the years, she let it roll over into open money market accounts, dabbled in Johnson and Johnson and allowed it to grow interest. When the child was 20, the CD “matured” and he collected well over 50,000 for a down payment for his first home. A “starter home” she called it. His parents gave him the rest of the money so he could pay for the house IN CASH and have no mortgage. This young, white male, who hadn’t worked a day in his life, entered the adult world with a head start, soaring credit due to his home purchase and a sense of accomplishment no matter how false.

I suddenly thought of my black neighbour buying her 40,000 dollar Mercedes-Benz, a “gift” to herself for her birthday. A gift that depreciated in value as soon as she drove it off the lot.

I’m taking a small break to gather my thoughts.