Brown Vs. Brown: A Losing Game

{Thank you Prince for this video}

Black people are the most hated group of people on Earth.

This may seem like a harsh statement but it’s a fact. Living in NY and being surrounded by brown-skinned peoples of all nationalities has given me a peek into the mentality of other “minority” groups. There is an unspoken, unwritten almost invisible rule of thumb amongst ALL brown peoples throughout the world. If you wish to be liked and assimilate into the White Club, you must let it be known that you hate, mock and fear Africans.

I used to befriend an Indian girl in high school. She had just come to AmeriKlan and didn’t know anyone. Mocked for her thick accent and clothing, I befriended her. She was more than happy for the company. She was shocked to discover that we ate (almost) the same foods and used the same spices. She introduced me to Ganesha, her God, and listened to my explanation of The Most High. As time wore on and she became more and more aware of just how different she was, her attitude towards herself and ultimately to me changed.

First her hair, a thick, lush black sheet that fell to her waist, became short and blonde.

Second, her brightly-coloured sari was forsaken for Jordache jeans.

Thirdly, she sought out a blonde, Greek white female to befriend and I was left wondering what I had done to upset her.

This phenomena has plagued me (and other blacks that I’ve spoken to) with light-skinned Portuguese/ Spanish-speaking Africans, brown-skinned Asians,  and Middle-Eastern peoples of ALL nationalities. It seems the indoctrination of the White Club forbids any association with the so-called scourges of society. It also requires you to quickly “forget” your true heritage. 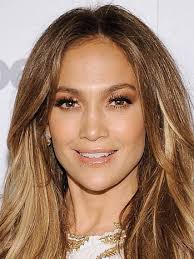 The insanity of whiteness needs as many one-sided allies as possible. Whites look for any indication that you are an enemy to them. If you are able to prove that you hate their most feared competitor, they will (falsely) indoctrinate you into their circle until you no longer benefit them. Then…you’ll be terminated.

The Brown vs. Brown game benefits only one race: The European.

Due to the fact that whites are 10% of the population, and decreasing, they are fully aware, with utmost terror, that they are simply outnumbered on this planet. If, and I really mean if, ALL of us were to band together and toss ethnicity aside, we could very easily overthrow their terroristic regime. They are fully aware of the hidden dangers that lie in our solidarity. That’s why they pit:

Their game is divide and conquer. And it works exceptionally well.

Have any of you ever experienced the Brown vs. Brown game?

51 thoughts on “Brown Vs. Brown: A Losing Game”