Indigenous Aetas of the Philippine Islands

“My family is mostly European and Spanish.”

That was the sentence uttered by X, a young girl working in my agency hospital. As I gazed at her brownish-yellowish red skin, full lips, thick broad nose and coarse hair, I wondered what she was trying to hide.

It has come to my attention that ALL peoples of Colour desperately try to deny and hide their Aboriginal ancestry. Perhaps the thought of grandma/ great-grandma running around half-naked with a bone through her nose, searching for bush meat to eat brings back feelings of shame in this white dominated slave plantation. How unfortunate since it was the Natives who taught the Europeans life skills, language and farming.

When I decided to search a part of  my own ancestry, I found this: 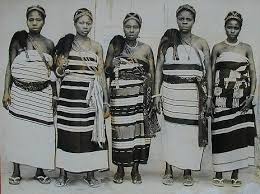 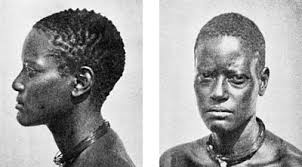 The Igbo peoples of Nigeria. Not much difference, eh?

The indigenous peoples of the Philippines consist of a large number of Aboriginals that are the Original Peoples of the island. These inhabitants, called Negritos, have managed to resist centuries of European and Chinese colonization and in the process, have retained their customs and traditions.

Currently, they make up approximately 3% of the population. They displayed a variety of social organizations, cultural expressions and artistic skills such as bowls and basket weaving, weapons and spoons making. Their main farms consist of rice, which we all know is of African ancestry. Aetas, having dark skin with distinct features, are shunned and mocked by the lighter-skinned, more Eurasian-looking inhabitants.

The Negritos formerly dominated the highlands throughout the islands for thousands of years, but have been reduced to a small population due to genocide and European and Chinese conquest and sexual exploitation. Today, the Aeta homelands are, in many areas, inhabited by NPA (National Peoples Army) guerrillas but Aetas never became involved with them.

Aetas were famous as jungle fighters and survivors fighting for the Allies in World War II. Having such a fierce reputation, the Aetas nevertheless used passive resistance with NPA guerrillas which the guerrillas in turn respected. Forced to leave their reservation, they now live in the cities as beggars where child exploitation is a main component of life.

39 thoughts on “Indigenous Aetas of the Philippine Islands”