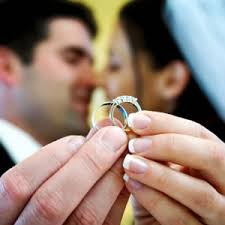 Since I am invisible, I can observe the European’s love relationship without them even being aware of it. I’ve watched, up close, the interactions between the two and how they differ from us. The white couple is based on logic. He, needing a white partner who will make him look good, fulfill him sexually and will be subservient, will seek a woman who he feels will provide him with the domestic and ego driven necessities of life.

She, needing to be taken care of, will seek a partner who will fulfill her needs of financial security and physical flattery. For them, this “logic” equals love.

Since the white man has always considered the white woman to be:

2. Property to be traded i.e. a dowry

It can be said that the white couple is filled with contempt, competitiveness and confusion in dealing with one another. Lacking true emotional and spiritual awareness, their lives are filled with objects that they substitute for real connection. It is through that objectification that emptiness thrives. Mammon plays a large role in their dynamic. He serves as a catalyst for their alleged attraction for one another. The white woman quickly learns from childhood that tears are her best bargaining tool. Her sexuality, as she ages, is a close second. She uses deception and coercion to obtain her desires from the first man in her life…her father. It is through her relationship with him that she strengthens her skills.

By the time the white woman is an adult, she is an expert at the fine art of deception. The white man falls for her beauty, for he is no match for her practiced feminine wiles. It is through that deception that their relationships flourishes. The white man is taught from birth of his power. He quickly understands the privilege that white skin gives him. Coddled by his mother and groomed by his father to be become “a winner”, by the time he becomes an adolescent, he is filled with deep insecurity and a driving, inane need for control. The white man will never enter a game in which he cannot win. For him, money will buy him the love of the white woman. In this partnership where both parties enter with secret expectations of one another, failure and adultery is eminent.

In the matters of child rearing, the white couple is rendered powerless at the needs of a child. Never having true intimacy or loving discipline with their own parents, they turn to self-help books and mammies when faced with the normal and sometimes boisterous behaviour of their children. Running a domestic affair proves to be overwhelming for the white couple and child-abuse and child murder is evident throughout their history.

While the white man/white woman can express love for one another at times, that emotion is quickly usurped when life does not go according to plan. Without the strong bond based on true emotion, they flail in the wind, uncertain of which way to go in the face of death, unemployment, depression, mid-life aging, envy and adultery. When faced with problems that the average black person faces daily, the white couple will quickly unravel. It is then when thoughts of suicide and murder emerges.

Since the white man /white woman begins their relationship with artificial means, is it really a wonder why deviant behavior ensues? Is it also a wonder why both seek out the emotionally and spiritually centered passionate African in the form of an illicit affair for fulfillment? Although much can be said and written about the controlled lives of the white man/ white woman, I’ve noticed these patterns most often.

What are your thoughts? Have you noticed something similar/ different?

I will leave this up for a few days so you can debate as you wish.

35 thoughts on “The White “Love” Dynamic”