Once the most powerful movie star in the world, Thomas Mapother has fallen from grace. With his infamous couch-jumping incident on Oprah…

…to his 3 failed marriages, one must ask, what’s going on with Tom?

2. Scientology has brainwashed him so completely, he’s imploded.

Tom Cruise has become the number 2 man in the Church of Scientology. Could his erratic behavior be linked to the church? And how? And let me ask you something…his “adopted” son, Connor, a black man, looks an awful lot like him…doesn’t he? 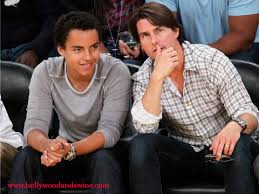 What do you think happened to Tom Cruise?