Why I No Longer Keep White Friends 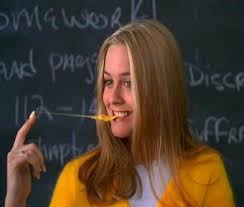 I grew up with diversity all around me. My first crush was on a Guyanese boy of Indian Descent. I had friends calling our house of all nationalities and races. I never knew the difference between them. I wasn’t raised that way. We were just kids going to the arcade to play Mrs. Pac-Man and Donkey Kong, listening to Michael Jackson’s new album, Bad, and trying to fit in. I never realized until I got older that white people were different from me.

I come from humble beginnings. We worked hard with no excuses. If you wanted to eat, you had to work. There were times when we struggled…and I mean hard…but God always provides for tomorrow. I learned at an early age from watching the one woman in my family who would serve as my ultimate inspiration, my mom. She was strong, capable, unyielding, tough as nails and loving to a fault. I, being a black woman, also had to be tough and determined. I too had to swallow bitter tears. No one was going to coddle me, protect me from the evils of the world, give me things I didn’t earn and make me feel as if I’m a precious specimen to be adored. I am black. I can’t afford to be naive.

When I entered high school, I began to befriend various white women. They flocked to me. In fact, EVERY relationship I had with a white girl, she was the instigator. She complimented me on my bone structure, my lips, my frame…the curliness of my hair, the softness of my skin…she wanted to know what foods I ate and what music I listened to. She inquired on where I’m from, on how I “spoke so well” and where I learned to speak proper English. She watched the way I walked, the way my lips moved when I spoke, the whiteness of my teeth against my skin and how she could tan “just like me.”

It never occurred to me to be offended…at all. I was young and never knew the difference. College was another story. I grew my hair long. Being of mixed ancestry from both parents but especially my mom and grandparents, my hair took on a beautiful wave when long. I was told that I had the kind of hair black women envied. I shrugged it off. I didn’t care, I had boys on the mind.

White boys began to notice me. A lot. Then my relationship with white women began to unravel. Suddenly, the smiles stopped and the scowls began. The compliments on the pretty blouse I had worn, turned into criticisms that I shopped at consignment stores. They eyed me suspiciously and made the most horrific remarks about how ugly all black women were. How fat, how smelly, how unkempt …and how no self-respecting white man would date, let alone marry, “one of us.”

Then came the job world where I would constantly be bombarded with stupid motherfucking questions about why blacks:

Dressed, ate, danced, fucked, talked and lived “the way they do.” But, you see, do not be offended because you’re not like the “rest of them.” Then the questions came about my:

Hair, clothing, skin, freckles, lips, buttocks, waist to hip ratio, nipple colour (in the RN’s locker room) and if black men’s penises were really that much bigger. But, you see, do not be offended because you’re not like the “rest of them.” Then the questions came on why blacks:

Are prone to raping people, killing people, fucking up their own neighbourhoods, stealing, doing drugs, joining a gang, spraying graffiti, being more racist than “any white person they’ve ever met” and just being a no-good, low down, dirty, rotten, stinking drain on society. But, you see, do not be offended because you’re not like the “rest of them.”

Then came the men…

Who would stare that cautious but lustful gaze riddled with guilt with comments on how he’d always wanted to “try a black girl to see if the rumours were true”. Who would have the expectation that because you are black, you’re not a REAL woman and should be used as an instrument of sexual relief for a hard day at work. Who would grow angry with righteous indignation that you would REJECT him due to the fact that you should be grateful that he even looked at you in the first place. Who would have the expectation that your complexion is an invitation for promiscuity because that’s what “pa said“.

67 thoughts on “Why I No Longer Keep White Friends”