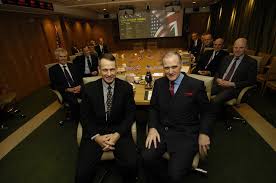 There is a plan in AmeriKlan. It goes like this.

The beast can not be left to rule itself so it must be controlled(slavery).

The beast, if not controlled, must be caged(incarceration).

If incarceration fails, the beast must be destroyed(lynching/shooting).

But…in order for this system of supremacy to function, there must be rules.

First rule, keep the beast hungry, thirsty and with no hopes of finding refuge. When the beast is at his lowest, convince the beast that all his problems lie not with the master’s rules but with his herd or pride. This will confuse him and create the ultimate distraction. Second, offer a few desperate and willing members of his pride more food and water in exchange for the pride’s secret’s, mentality, way of life and any and all resources they keep hidden. This will ensure a guaranteed traitor. Thirdly, debase the beast in front of his female companion and his cubs. This will rob him of all sense of pride, morals and beasthood. When the beast is ready for certain death, allow the traitors to flaunt their goods, their meals and better way of life to taunt and tease the beast into anger.

This anger will boil and explode into a war amongst the pride members. You’ll have beast against beast, female against female and cub against cub. They’ll tear each other to bits and feel justified in their anger. After all, why should some pride members have…and the rest…have not?

Perhaps there will be an elder beast, one that has lived through many famines, droughts and knows that the secret to survival is compassion amongst prides, sisterhood amongst the female members and the protection of the future pride members, the cubs. This elder…this wise beast must put to death! For he will ruin a carefully laid out plan that has been in the making for centuries. This elder will see the plan before the plan is carried out. He will try to warn other pride members and speak earnestly to the women that protecting the cubs is her only occupation. This elder, this troublemaker will be assassinated by the most vicious beast of all, a member of his own herd. But remember, this too is apart of the plan and will be executed flawlessly. But make no mistake about it, the master thought of that too.

When the elder beast is put to rest, all hell breaks loose amongst the pride/herd for all is lost without his teachings. But, you must remember one thing…with every plan, comes a solution. There will be certain pride members who will watch, aghast, at the ruin of the pride. They too know and sense there is a plan at work but feel powerless to change it. They will rally, gather their cubs and preach the importance of solidarity but the plan of total supremacy will reign. It will change and twist and somersault into many different forms but the underlying message will always remain the same.

Posted in Racial injustice, Somethings wrong with the world, White people and tagged society, The end is near, White Supremacy